All data processing scripts and commands should be run under an unprivileged user account. For a typical installation the xdmod user account is recommended since this will have the necessary access permissions to the XDMoD configuration files.

Once there are job summary data in MongoDB it is ingested and aggregated into XDMoD by running the following command as the xdmod user on the XDMoD host:

This commands should be run as the xdmod user on the XDMoD host. It is not necessary to run the supremm_sharedjobs.php with the -a flag every time, only on initial ingest if there are older jobs. 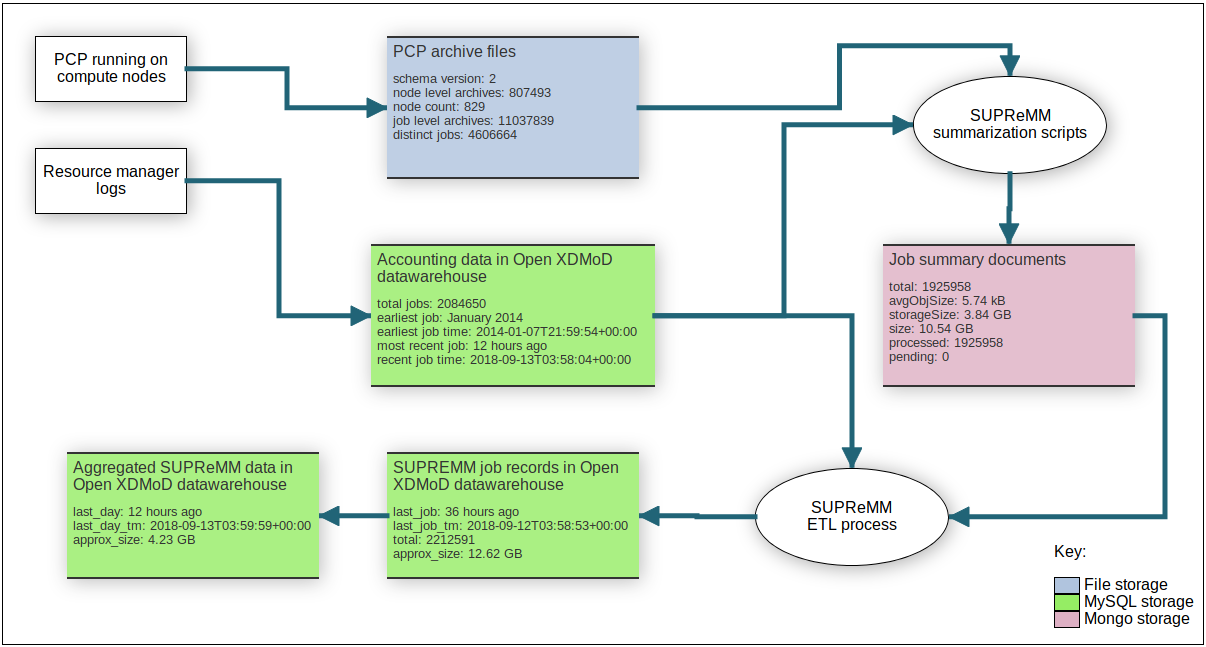